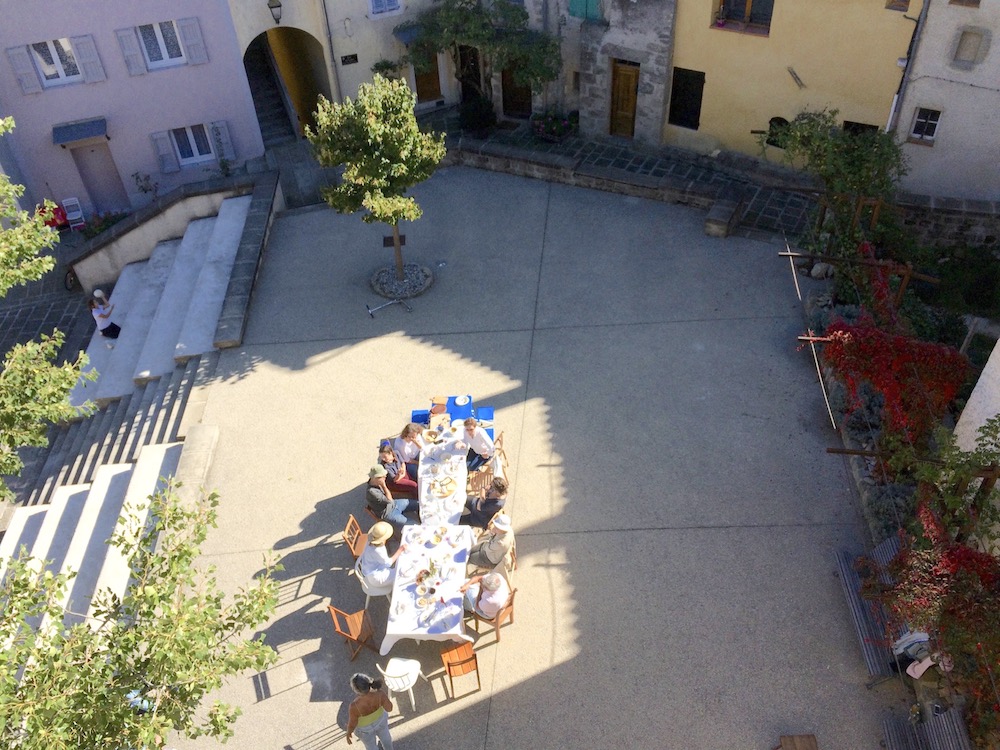 Lunch at the place du Coulet

​We have some news from Annot about the tournament details. We have been communicating with the mayor of Annot ​and he has responded with his view of the situation.

​The following is a translation of the Mayor's response to our questions.

I did get your latest mail. I presented the project to Jean Michel, a passionate boule player, who accepted to organize the tournament and to manage the Annot players.

Here is what we suggest:

Each team will play three of the opposite group’s teams. After these three games we’ll count the wins and points. The best two teams from each group will meet in the semi-finals, followed by the final game.

​We plan on providing trophy cups  for the finalists. We’ll let you decide if you want to have medals made [we have medals for top three teams - Jeff].

​Thank you for the invitation to have an  apéritif at the place du Coulet [this is the middle of the old village, right in front of Jeff and Marion's building - Jeff] Friday afternoon on the 14th. I think that our players will appreciate that gathering.​ This will be a good opportunity to finalize everything.

​Our players don't want to pay for signing up. This tournament should be totally friendly and free.

​​Thank you for offering to include us at the dinner on Saturday night, but since everyone has their own plans don't plan on us participating.

​As mayor, I grant you the use of the place du Coulet on the 14th and the 16th for meals and gatherings as requested, as well as the use of the Salle Dol [village activity center space near the center of the village] from the 14th to the 16th as a gathering place for visitors.

In the meantime, we’ll try to meet your brother François to talk about things.

I’ll be happy to see you upon your arrival.

​It's really nice that the Mayor and his friends  are going to help with organizing the tournament.

Starting at 2:30 seems late for playing five games and giving prizes. We are concerned that dinner might have to start as late as 9:00.

Please log in again. The login page will open in a new tab. After logging in you can close it and return to this page.